If you think you are may be experiencing symptoms from exposure to a bloom call your healthcare provider or call or call the Utah Poison Control Center: (800) 222-1222.

If you think your animal may be experiencing symptoms, contact your veterinarian.

Most types of blue-green algae have the ability to produce toxins that can be classified into two major types: hepatotoxins and neurotoxins. Hepatotoxins affect the liver; blue-green algae hepatotoxins include microcystin, nodularin, and cylindrospermopsin. These toxins cause symptoms such as nausea, vomiting, and acute liver failure. In general, symptoms will appear rapidly following exposure to high amounts of hepatotoxins, but may take several days in the case of more moderate exposure.

Neurotoxins affect the nervous system; blue-green algae neurotoxins include anatoxin-a, anatoxin-a(s), and saxitoxin. Animals or humans who ingest these toxins may develop muscle cramps, twitching, paralysis, and cardiac or respiratory failure. Symptoms can occur within an hour of exposure, but may take as long as 36 hours to develop.

Though the most serious health effects of harmful algal blooms are due to the toxins, skin irritation and rashes may also result from contact with blue-green algae even in the absence of toxins. Like many types of bacteria, the outer layers of the cells themselves can have compounds that cause these symptoms.

When present in high numbers in recreational waters, blue-green algae can cause eye, ear, and skin irritation. Gastrointestinal symptoms such as vomiting and diarrhea can also result from exposure to blue-green algae. Animals such as dogs and cattle may become sick from eating the blue-green algae surface scum. Exposure to harmful algal blooms can cause a variety of health effects, from relatively mild to potentially serious. The symptoms people experience depends on many factors, including the amount of toxins/cyanobacteria, the type of toxin/cyanobacteria, the type of exposure, and the length of exposure. 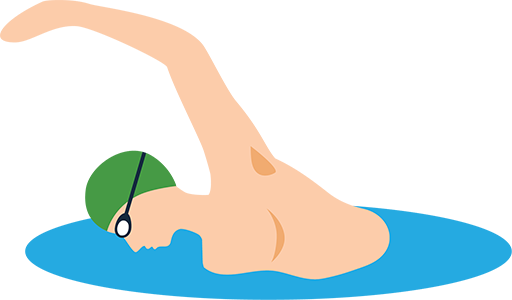 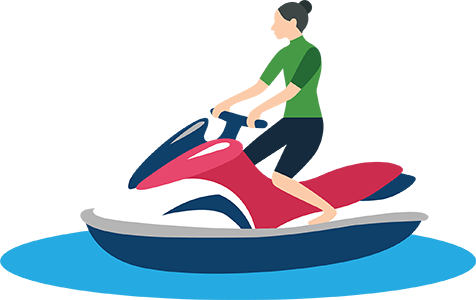 Inhalation of aerosols during activities such as boating, tubing or water skiing. 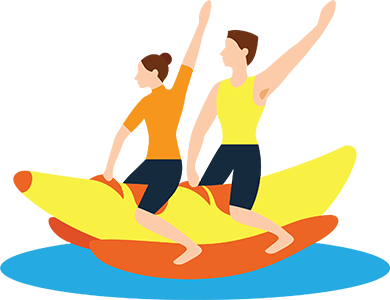 Ways to Protect Yourself

What is a waterborne illness?

Recreational water illnesses (RWIs) are caused by waterborne pathogens (bacteria, viruses, parasites) found in untreated waters in which we swim or play. These germs can cause diarrhea, vomiting, cramps, fever, and rashes. You can get a recreational waterborne illness if you swallow, have contact with, or breathe mists or aerosols from contaminated water.

Fecal waste is responsible for most of the waterborne pathogens found in recreational waters. Waste can enter surface waters from a number of sources, including:

Waterborne pathogens can be deposited directly into the water from human and animal waste or washed into lakes and rivers when water comes in contact with fecal contamination.

Children, pregnant women, the elderly, and people who have health problems or take medicine that lowers their body’s ability to fight germs and sickness are most at risk for recreational water illnesses.

People with weakened immune systems should consult their healthcare provider before participation in recreational water activities, such as swimming.

Follow these tips to stay safe and healthy when recreating in Utah waters:

The Division of Water Quality (DWQ) and local health departments sample waterbodies for waterborne pathogens throughout the recreation season (May to October). DWQ posts updates on sampling results, possible blooms, and health advisories as soon as the information becomes available. If an advisory is in place, signs will be posted at the lake or reservoir. Current advisories can be found on DEQ’s Recreational Advisory Map website.